Primary Runway to Close for Rehabilitation at Mobile Downtown Airport

The Mobile Airport Authority is preparing to temporarily close its primary runway at the Mobile Downtown Airport (BFM) for a $9.1 million rehabilitation project. The improvements of Runway 14/32 are scheduled to start on Monday, May 10, 2021, with an estimated date to reopen in the fall.

"Overall, this project will help the Mobile Aeroplex at Brookley continue to be an important economic driver by improving its existing infrastructure for our tenants and the Mobile Downtown Airport," said Chris Curry, Mobile Airport Authority President. "It's best to complete this project now before we relocate commercial air passenger service, so it won't impact those operations."

Throughout the construction, tenants, such as the Airbus, ST Aerospace MRO, and Signature Flight Support, along with other aeronautical users, will use our secondary Runway 18/36 which has a north/south configuration. While the primary runway is under construction, all landing and departing aircraft will utilize the secondary runway. "If you are a resident and live within the vicinity of the Airport, the level of aviation activity will not change, however, all arrivals and landings will occur on one runway rather than two," said Curry. "We appreciate your patience and want to be clear, once the work is complete, Runway 14/32 will return to use as the primary runway and will serve our community for many years into the future."

This project would not be possible without the help of U.S. Senator Richard Shelby. A grant is funding this project under the Consolidated Appropriations Act of 2020 and the Coronavirus Aid, Relief, and Economic Security Act (CARES Act) of 2020.

The runway was originally constructed in 1929 and extended in 1955. It has been rehabilitated and upgraded several times since then, most recently in 2005. About Mobile Airport Authority The Mobile Airport Authority owns and operates Mobile Regional Airport (MOB), Mobile Downtown Airport (BFM), and the Brookley Aeroplex generating $1.8 Billion in economic value for Alabama.

The unparalleled geographical location supports the Authority’s multimodal ability to bring maritime, rail trucking, and aviation together in one location. BFM also serves as home to Airbus Final Assembly Line, Airbus Engineering, ST Aerospace, and Continental Motors. The Brookley Aeroplex is an industrial complex that supports the operation of BFM, and it is home to more than 90 businesses that include supply chain providers and others that support the transportation industry. 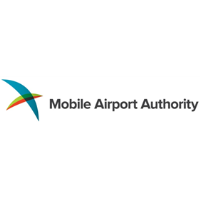