ROBERTSDALE, Ala. – Baldwin REALTORS® has announced Jennifer Foutch, the current Government Affairs Director, as the new executive officer of the association.

Foutch will oversee the day-to-day operations of the organization while continuing to enhance services and benefits for REALTOR® members.

“I’m excited to be taking on this new role and hope to continue the progress Sheila Dodson has made for the association over the last seven years” Foutch said.

Foutch been a member of Baldwin REALTORS® staff for the past five years. Her priority as Government Affairs Director was to protect and promote private property rights and advocate for the real estate industry, while working closely with appointed local representatives.

“We are excited to have someone of her caliber be promoted to this position as she is well equipped by working alongside Sheila Dodson for the past five years,” said Baldwin REALTORS® Board President Tommy Stanton. “She has been mentored and involved in various projects that has prepared her for this role as executive officer for the association.”

Dodson, the current CEO of Baldwin REALTORS®, has been with the association since 2015, and will be taking a position at the Raleigh Regional Association of REALTORS® in North Carolina.

Foutch graduated from Southern Illinois University with a bachelor’s degree in administration of justice, later earning her Juris Doctorate degree from Southern Illinois University School of Law. She worked as the assistant state’s attorney for Perry County, Illinois, and later served as the public defender. After spending over 18 years handling criminal cases in Illinois, she and her family relocated to Fairhope. She is a licensed attorney in both Illinois and Alabama.

After joining the staff at Baldwin REALTORS®, Foutch has continued her interest and education in the real estate industry by successfully completing Professional Standards Administration training and currently working to complete the REALTOR® Association Certified Executive (RCE) Designation.

There will be a nationwide search by an outside consultant for a new Executive Director for the Baldwin REALTORS® Multiple Listing Service (MLS). 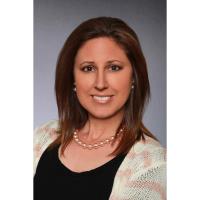