BILL-E’s SMALL BATCH BACON and BILL-E’s Restaurant in Fairhope, Alabama where the best bacon in America is made announces today that they will be hosting THE BOB AND MOE BBQ SHOW. “This show is by far one of the most fun, exciting and tastiest shows ever to land in our community”, says proprietor, Bill E. Stitt.

Big Moe Cason and BBQ Bob Trudnak have been cooking BBQ competitions and teaching classes for almost 20 years. They have won many championships between them over the years all around the world. Their friendship started many years ago in Kansas City at the American Royal World Series of BBQ and they have been great friends ever since. Big Moe is well known for competing and judging on TV shows such as Chopped, BBQ Pitmasters and Smoked. BBQ Bob has been fortunate enough to take Reserve Grand Champion at the Jack Daniel’s World Championship in Lynchburg, Tennessee, 1st Place Ribs at the World Food Championship in Las Vegas and has many other state championships on the East Coast. Recently Bob and Moe have worked together on a new show, Taste of the Outdoors with More Cason by Armed Forces Entertainment. Their classes are very informative and extremely entertaining. The guys gear their classes toward their students and spend time answering specific questions that will ensure a successful backyard and competition experience. Classes can be booked for in-person and virtual experiences from 40 student and up. If you enjoy cooking outdoors and would like to step up your BBQ game, you will not want to miss the Bob and Moe BBQ Show!

The official sign-up location is https://thebobandmoebbqshow.com Ticket Cost $350 per person 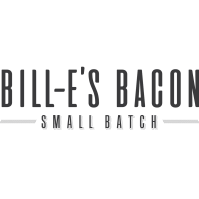