(Fairhope, AL) - The University of Alabama’s Women’s Gymnastics Team adds yet another distinction to its overflowing trophy case – vaulting into the lucrative Name, Image, Likeness (NIL) arena as brand ambassadors for CrowdPush.  The team becomes the first Women’s Gymnastics program in the country – and only the second women’s team overall - with an NIL contract offering financial compensation under the NCAA’s new guidelines.

Fairhope-based CrowdPush offers a novel, fan-based platform that ensures accountability, transparency, and equity to the fast-moving world of NIL. “We created CrowdPush to stabilize the playing field with NIL,” offers Chief Marketing Officer Josh Goodin. “Today, star athletes and corporations have been taking advantage of opportunities, leaving other teammates and less high-profile teams on the sidelines. We’re bridging the gap between athletes and their biggest supporters – their fans.”

The NIL partnership means each team member acts as a “Brand Ambassador” for CrowdPush. During the season, each athlete will post to social media at least twice, and take part in a :30-minute interview discussing the impact NIL is having on athletes and on them personally.   “Our goal is $350,000 for this team of phenomenal young women – allowing us to give $20K each by season end,” said Goodin.

“It’s really exciting for us, “said gymnast Ella Burgess. “The opportunity to work with a company whose main goal is involving fans while supporting athletics is huge. We’re all hopeful for this year of not just competition but the future of this partnership.”

“Whatever we think of NIL, it’s here to stay. We want to make sure the partnerships don’t just mean $2 million to the stars, but every single player from O-Line to Long-Snapper,” said Goodin.  “There is no ‘I’ in team. But there is in NIL.  CrowdPush supports the team nature of college sports and is offering a means to ensure it.”

The platform’s approach is patented, unique, and legally vetted for NCAA, state, and school compliance. With each donation, fans are assured a contract to track their donation. “Our goal is to become the fan-based donor method for colleges around the country,” said Goodin.  “NIL is already becoming a huge tool in recruiting, with alumni groups and corporations pouring out big money to not just the star players but star sports.  With CrowdPush, we can set up funds for the lacrosse team, track & field, golf – you name it. These players sacrifice their time, energy, and talents to make their schools proud. Compensating them in return, is a powerful revolution in collegiate sports.” 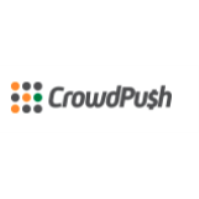