August 20, 2021
Member News
MAA Board of Directors Approves Project Manager Contract
MOBILE, Ala. (August 19, 2021) – Following an unanimous vote by the Mobile Airport Authority (MAA) Board of Directors, Hoar Program Management (HPM) will oversee the new terminal construction project at the Mobile Downtown Airport. “Selecting a project manager is a significant step in this project,” said Chris Curry, Mobile Airport Authority President. “We are following an aggressive three-year timeline to relocate all commercial air service to the Mobile Downtown Airport and expect the new terminal to open in the summer of 2024.”

In addition to constructing a new 5-gate International terminal, the $250 million project includes relocating some tenants and expanding runway aprons and infrastructure. In March, MAA released a Request for Qualifications (RFQ), and five responsive and qualified bids were received. An evaluation team scored HPM as the most qualified, and the board directed MAA staff to negotiate an agreement.

As part of that negotiation, the value of the HPM contract is around 2% of the expected project cost. “I want to thank the team at HPM for working diligently with our team to get to this point,” said MAA Board Chair Elliot Maisel. “After the many years we’ve been on this project, it’s a momentous day. It’s also important that we credit Mobile Mayor Sandy Stimpson with making this swap a priority several years ago.”

“Moving the commercial airport downtown is one of the most transformational opportunities we have for the City of Mobile. For Mobilians, this means something we’ve talked about for years is no longer a dream and no longer theoretical,” said Mobile Mayor Sandy Stimpson. “There will be commercial flights out of the Brookley Airport in downtown Mobile by Summer of 2024.

I want to congratulate the entire Mobile Airport Authority team for crossing this important milestone and continuing to push this significant project forward.”

MOB is also home to 1891 Ninth Street, Mobile, AL 36615 P 251.438.7334 F 251.694.7667 mobileairportauthority.com Airbus Space and Defense. BFM is located next to the Port of Mobile. The unparalleled geographical location supports the Authority’s multimodal ability to bring maritime, rail trucking, and aviation together in one area. BFM is also home to Airbus Final Assembly Line, Airbus Engineering, ST Aerospace, and Continental Motors. The Brookley Aeroplex is an industrial complex that supports the operation of BFM, and it is home to more than 90 businesses that include supply chain providers and others that support the transportation industry. # 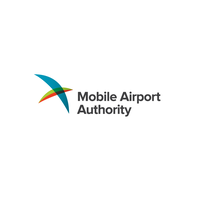