MOBILE, AL – The Coastal Alabama Partnership (CAP) today released a new poll of voters in Mobile and Baldwin counties showing 75 percent support for the new framework for a Mobile River Bridge and Bayway that was recently announced by the Eastern Shore and Mobile Metropolitan Planning Organizations (MPOs).

The poll of 455 registered voters in Mobile and Baldwin Counties, conducted over Dec. 17-19, 2021 by Chism Strategies, found overwhelming support for the MPOs’ framework.

“This poll shows that South Alabamians know there’s a need for new infrastructure and want elected officials to deliver a solution. Mobile and Baldwin Countians support this framework, because it both protects toll-free routes and provides for much-needed new infrastructure,” said Wiley Blankenship, President/CEO of the Coastal Alabama Partnership. “This proposal has overwhelming support and is clearly needed for our area. The time is now to get this badly-needed project underway and completed.”

By A 6 To 1 Margin, Area Residents Support the New MPO Framework

74.8% of respondents support the MPO-announced bridge/Bayway framework, with only minimal opposition of 11.7%. This framework includes a new bridge over the Mobile River, replacing the current Bayway that connects Baldwin and Mobile Counties, and new interchanges in both counties to improve traffic flow and reduce congestion.

Near United Support for Work in the Immediate Future

87% of residents believe this project should happen now instead of being spread out over the next 25 years.

More than nine out of ten residents agree it is important to keep the causeway, Wallace Tunnel, Bankhead Tunnel, and Africatown Bridge free, with 80% saying this is very important.

Keeping the New Infrastructure in the Hands of Alabama Taxpayers is Highly Popular.

86% say this is an important part of the plan with 73% saying it is very important.

“This issue has been debated for more than 20 years. During that time the congestion problem has gotten worse and worse. We commend our local elected officials on both MPOs who have not given up on solving this problem. They have come forward with a framework that our polling shows has overwhelming public support and needs to happen now,” Blankenship continued. 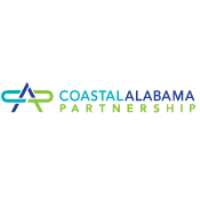