The competitive grant was authorized under the Consolidated Appropriations Act and is intended to increase the efficiency of freight movements by air, rail, highway, and water. “This is one of the most impactful federal grants during my time in Congress,” stated U.S. Senator Richard Shelby (R-Ala.). “Mobile is uniquely positioned to become a major transportation hub, with infrastructure already in place for maritime, rail, aviation, and highways. For many years, I worked to create those conditions by dredging the Port of Mobile and improving the airport. This program will build on that vision. Our Gulf Coast and the entire state of Alabama stands to benefit immensely from this funding in ways we can only imagine. Mobile has a lot to offer, and I am thrilled that we are utilizing its existing infrastructure to create a new transportation hub and economic power source for the entire state,” stated Senator Shelby.

MAA will use its $62 million portion of the grant and other funds to construct a new international airport terminal at the BFM. "We owe a tremendous amount of gratitude to U.S. Senator Richard Shelby. This project would not be possible without his support and leadership,” said Elliot Maisel, Chairman of the Mobile Airport Authority. “This investment puts us closer to our goal of building a new terminal debtfree, and that's exciting. By avoiding debt, we can keep costs low for airlines and pass those savings along to our customers.” While providing convenient and low-cost air access for residents, the new terminal will also add critical commercial aircraft belly capacity for cargo and more efficient cargo processing with the Federal Inspection Services (FIS).

MAA expects to open the new terminal in 2024 with a LEED Certified goal. “We are incredibly thankful for the opportunity this funding creates,” said Chris Curry, Mobile Airport Authority President. “For residents, this move means more direct flights and lower fares. The new international terminal also creates expanded air freight capacity, and that will spur continued economic growth and success on the Alabama Gulf coast.” - more- Under the grant, the Alabama State Port Authority will receive $38 million to leverage freight movement efficiencies by water, rail, air, and highway.

The Port will invest in an interterminal connector bridge at the container intermodal complex to connect the marine terminal with the intermodal container transfer facility (ICTF) terminals and adjacent logistics park. The connector facilitates direct, low emission transfer of a container from an ocean vessel to rail via the ICTF or to warehouse distribution centers located within the logistics park. The Port will also invest site development and civil infrastructure in preparation of the construction of distribution centers. These assets are located in the Mobile Harbor where a $367 million channel deepening and widening program is underway to provide ocean carriers at -50 ft. draft channel by late 2024 or early 2025. “The timing of this grant could not be better,” said John C. Driscoll of the Alabama State Port Authority. “The port is progressing nicely on the channel modernization program, and we just closed out calendar year 2021 with unprecedented growth at our container intermodal facilities. As we move into our fourth container terminal expansion, this port is poised to deliver cost-effective, reliable, and efficient freight and intermodal cargo service for underserved logistics markets regionally and across North America. We’re deeply appreciative of the U.S. DOT funding opportunity and Senator Shelby’s leadership in modernizing our port and multi-modal transportation infrastructure to meet shipper needs and keep American commerce competitive globally.” In calendar year 2021, containerized cargo volumes increased by 19% over 2020 volumes. Refrigerated containers posted a 50% increase in volume compared to 2020. The port attributes much of this growth due to the delivery of nearly $74 million in refrigerated facilities investment at the Port of Mobile to support cold cargo supply chains. The port’s Intermodal Container Transfer Facility (ICTF) year-end volume represents 139% increase over 2020 volumes. To date, the terminal has handled over 3.6 million TEUs since containerized operations began in 2008. Since, 2015, the Port of Mobile’s volume has grown by 120% making the gateway one of the fastest growing container ports in the United States. “Today’s incredible $100 million federal grant awarded to the Alabama State Port Authority and the Mobile Airport Authority will further expand and optimize our growing container terminal and pave the way for an international airport that will connect imported and exported air cargos to our deep draft port, two interstate highway systems, five class I railroads, and 15,000 miles of inland waterways,” said Mobile Mayor Sandy Stimpson. “Many thanks to Senator Shelby for his bold vision and unparalleled investment in our region. His leadership ensures the continued transformation of Alabama’s ocean, air, and inland port system to a world-class, multimodal gateway to ensure the creation of new, high paying jobs for generations to come. On behalf of the citizens of Mobile, we are sincerely grateful to Senator Shelby, our congressional delegation, and Secretary Buttigieg for investing in these major job-creating projects that will benefit our city, state, and country.”
### 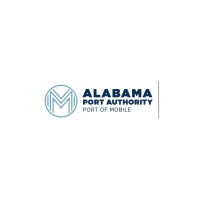