Mobile, Alabama – The Zackary Wilson Miller II Memorial Fund proudly presents: Toast a Legend, a celebration and honoring of the tremendous life of Mobile’s hometown hero, Zackary Wilson Miller II (SEAL). The event will be held on June 4th, 2022, from 2:00 pm to 6:00 pm at The Insider - 518 Dauphin Street Mobile, AL 36602. The event is family-friendly and will include live music, food vendors, yard games, and a full bar.

Entry to the event costs $50 for adults and $15 for children. All proceeds from this event will go toward the McGill-Toolen Foundation to fund improvements at the school and a memorial in Zack’s honor to carry his legacy forward and inspire young men and women for years to come. Tickets can be purchased using the following link: https://www.zackmillerlegacy.com/events.

About Zack: Zackary Wilson Miller II, Navy Special Warfare Operator Chief Petty Officer (SEAL), succumbed to his brief battle against cancer on June 4, 2021. Zack moved to Mobile, AL with his family when he was 12 years old. He graduated from McGill-Toolen Catholic High School in 2000, where he played baseball, basketball, and football; he was the captain of his football team. Zack was awarded a scholarship to play football at Millsaps College in Jackson, MS before transferring to the University of Alabama in Tuscaloosa, AL where he finished his undergraduate work. Zack was a member of the Kappa Sigma fraternity.

Zack’s athleticism and leadership aptitude in early life led him to enlist in the U.S. Navy in November 2004 and on September 1, 2007, Zack realized his dream of training to become a Navy SEAL by entering Basic Underwater Demolition/SEAL (BUD/S) Training in Coronado, CA. After some of the most grueling and demanding training in the military, he graduated in June 2008. Through many overseas combat operations as a SEAL, Zack became a highly decorated combat veteran, earning the Bronze Star with Valor and Extraordinary Heroism and the Purple Heart, among other awards. Learn more about Zack’s full service record here: https://www.zackmillerlegacy.com/service.

Zack was known for his unparalleled work ethic that was only matched by his unending positive attitude, sense of humor, and charm. Zack was a devoted son, partner, friend, and teammate who imparted all of his talents in his selfless service to our Nation. His legacy lives on through the immense love of all he held so dear. Learn more about Zack’s tremendous life and how to support his Memorial Fund here: https://www.zackmillerlegacy.com/memorial-fund. 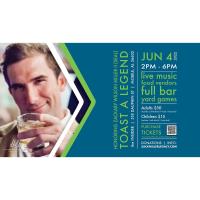