MOBILE, Alabama (June 28, 2022) -- Scientists and physicians have worked for decades to understand why some bacteria that cause infections grow increasingly resistant to certain antibiotics. Such resistance limits treatment options for many of those with the illnesses and now poses a threat to millions of people worldwide.

Christopher Davies, Ph.D., associate dean for research at the University of South Alabama’s Frederick P. Whiddon College of Medicine, recently was awarded a five-year, $3.5 million grant from the National Institutes of Health to determine the molecular mechanisms that confer antibiotic resistance to Neisseria gonorrhoeae.

Neisseria gonorrhoeae is the bacterial species that causes gonorrhea, a sexually transmitted illness responsible for more than 800,000 infections annually in the United States and some 78 million cases worldwide. Untreated or untreatable infections, noted Davies, can lead to pelvic inflammatory disease and infertility in women, gonococcal arthritis in both sexes, and an increased risk of contracting and transmitting HIV. There is no vaccine available.

In recent decades, resistance of Neisseria gonorrhoeae toward multiple classes of antibiotics has increased steadily, leaving only extended-spectrum cephalosporins as recommended treatments. Extremely troubling, Davies said, is that strains of N. gonorrhoeae exhibiting resistance to these cephalosporins have emerged and spread globally, including in the U.S. Finding new treatments for gonorrhea is therefore a matter of urgency.

The emergence of cephalosporin-resistance in N. gonorrhoeae is due to mutations in a protein called penicillin-binding protein 2 (PBP2), an enzyme that is essential for bacterial cell-wall synthesis. The project aims to understand how mutations in PBP2 lower reactivity with cephalosporins while preserving its essential enzymatic function.

“This is a delicate balancing act that must be negotiated by the bacteria” Davies said. “If the mutations compromise enzyme function, the bacteria cannot grow, but if the effect of mutations on resistance is too small, then the bacteria will be killed by cephalosporins. The strains we are seeing have solved this conundrum.”

For the project, Davies’ team will work to determine the molecular structures of PBP2 from cephalosporin-resistant strains of N. gonorrhoeaeand also examine their properties biochemically. Early indications are that mutations act by restricting the protein dynamics of PBP2 in a way that selectively discriminates against cephalosporins.

The overall goal of the research is to develop new agents to treat gonorrhea and this already is happening through an NIH-supported collaboration with the pharmaceutical company Venatorx Inc., who are translating findings from the Davies lab to design new inhibitors of PBP2. 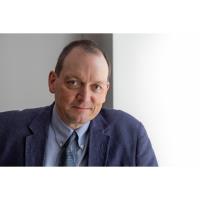