DAPHNE, Ala. – Furthering his lifelong interest in sport, His Majesty The King Hamad bin Isa Al Khalifa King of Kingdom of Bahrain issued a royal decree on 13 May 2021 establishing the Kingdom’s General Sports Authority (GSA), which will be affiliated with the Supreme Council for Youth and Sports (SCYS).

The GSA Board of Directors will work under the supervision of His Highness Shaikh Khalid bin Hamad Al-Khalifa, who is the First Deputy President of SCYS, President of Bahrain General Sports Authority and President of the Bahrain Olympic Committee.

In a move that will bolster the United States Sports Academy’s longtime relationship with the island nation in the Middle East, President and CEO Dr. T.J. Rosandich has been appointed by royal decree to the Board of Directors of the newly formed GSA. Rosandich will serve as one of nine members of the GSA, a group charged with furthering the development of the Kingdom’s national sport effort.

“Having lived in the region for 10 years working on sport development, Bahrain was always one of my favorite places to be,” Rosandich said. “I served for a decade as a general advisor to the (SCYS) and this appointment reflects my expressed desire to continue working with the Kingdom to help enhance the national sport effort there.”

The Academy’s involvement in Bahrain goes back more than 40 years to the beginnings of the Academy’s international instruction, research and outreach programs. In 1977, the Academy worked with the Bahrain General Organization for Youth and Sports to develop a physical fitness test used to gauge the fitness of every school-aged child in that country, providing the first profile of youth fitness in Bahrain. A descendant of that test is still used today. For three years after, the Academy had full charge conduct of Bahrain’s national sports effort including sports medicine and human performance research laboratory. Since then, the Academy has conducted numerous programs in Bahrain focusing on physical education in schools, fitness, recreation, youth sports, the Bahrain National Olympic Committee, and fitness programs for police officers, among others.

Since its founding nearly a half-century ago, the Academy has leveraged its role and resources as a special mission sports university to make a global impact through quality sport instruction, research and service programs in 67 countries around the world. These contributions have varied

in scope from the full-charge conduct of a nation’s entire national sport effort to individual coaching clinics, seminars, and symposia. For more about the Academy’s international programs, go to https://ussa.edu/international/.

The United States Sports Academy is an independent, non-profit, accredited, special mission sports university created to serve the nation and world with programs in instruction, research and service. The role of the Academy is to prepare men and women for careers in the profession of sports. 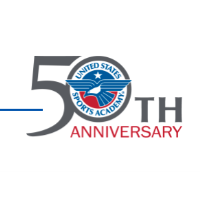